Business Angels in The Czech Republic Research 2021 just came out!

Angel investors do not lose the desire to continue investing. About a quarter of them intend to significantly increase the amount of venture capital this year. Half want to invest a similar amount of funds in startups at an early stage of development as last year. In addition, they are proving to be gradually increasing the frequency of their investments. 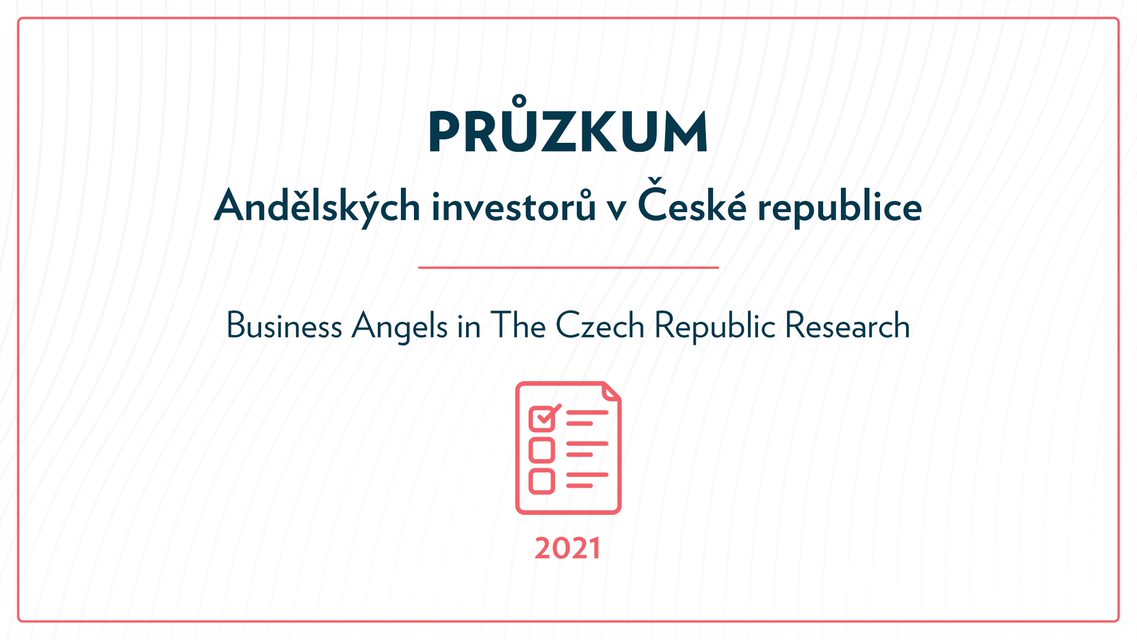 While last year an angel investor had an average of 2.3 startups per angel, a year earlier this figure was 1.7. On average, each investor has six investments, and the number of exits is also gradually increasing. Mostly successful, where the money invested in investors has appreciated. This was shown by a survey by the Czech financial group DEPO Ventures, which is building a unique syndicate of angel investors around the world. The aim of the survey, which took place at the beginning of 2022, is to examine the current state of the market and reveal possible shortcomings.

Most investors responded to the pandemic and related uncertainty two years ago by stopping further investments. In the following period, however, we recorded the largest volume of investments in startups in Europe. European investors seem to understand the importance of technology investment. And perhaps they understand it even more now. New technologies are needed not only to save the planet but also to save freedom," says Petr Šíma, founder and CEO of DEPO Ventures.

The average investment of a Czech angel investor in a startup at an early stage is 80,000 euros, ie almost two million crowns. More than 100,000 euros are invested by 21% of respondents and 44% of angel investors can handle up to 25,000 euros. As in the previous two years, investment in financial technology startups (49%) remains the most popular area, followed by e-commerce (37%). From the point of view of technology, Czech investors are most looking for startups with artificial intelligence (AI) and blockchain.

Startups with the potential to change the world for the better

More than 38% of respondents to the survey said they didn't care what part of the world they invest in. They either have the whole world in search, or they do not solve the area in which the given startup operates. Another 18% of investors focus on Central and Eastern Europe and 15% on the whole continent. However, almost a third of investors focus only on domestic startups. A broader scope would allow them to access global opportunities and increase their chances of better diversifying their portfolios.

"There is a growing sense in Europe that we need to take care of ourselves. That it's better than relying on the help of the US, the state, or large corporations. The start-up ecosystem plays a crucial role in this. We see successful entrepreneurs, beginning entrepreneurs have role models and they also have an investor background. And angel investors are a vital mushroom for the entire ecosystem. I have been trying to bring in new angel investors for a long time. And right now is the time to increase investment. To technology, to entrepreneurs, to our future. Startups as an investment category are risky, but the most profitable in the long run. Excellent inflation protection. In addition, they have the potential to change the world for the better,” Petr Šíma says.

This is also confirmed by the results of the survey. When asked what is the main impetus for investing in startups, respondents most often mentioned financial motivation. In third place, however, is the opportunity to support innovation, and in fifth place is the need to give something back to society. Nearly three-quarters of survey respondents spend up to five hours a week on angel investing. 13 percent of investors deal with it for more than ten hours a week. The time devoted to investment activities increases with the total number of investments and the age of the investor. The more they invest, the more time they spend managing their portfolio.

The survey suggests that investment in startups is still a success. Almost 30% of investors have already exited some investments. And almost 88% of them sold their share with a profit. Their investment was most often valued at one to five times.

Individual investing leads, but investors are deprived of benefits

Angel investing is usually perceived as an individual. This was indicated by last year's survey, and this year's data confirm this. 77% of respondents invest directly. However, investors combine ways. 43% of respondents invest through the fund and 42% have sometimes used the syndicate with other angel investors. The reluctance of most surveyed investors to become a member of a Czech or international community, such as a club or syndicate, is usually related to a lack of investment opportunities or co-investors.

Respondents consider the lack of quality startups to be the biggest problem on the Czech venture capital scene (34%). Almost a third (31%) of investors mention that they do not have enough time to look for startups, consider the valuation of startups to be overestimated and that it seems that the legislation is badly set. Respondents who have never invested in a technology startup, in addition to lack of time, most often report too high risk and capital intensity.