DEPO insider: Jan Pecník and his ride toward a bike business

The Netherlands and bicycles simply belong together. There are about one and a half times more bicycles than people in the land of tulips, and the infrastructure is extensive. Cities are welcoming to cyclists; therefore, everyone sees bicycles as a natural means of transport. But many people who come to the country for the first time (and not only them) find it difficult to find a suitable machine. Moreover, bikes are stolen quite a lot. Jan Pecník, who came to the Netherlands a few years ago as a student, also encountered exactly these problems. He wanted to put things in order. First, he started building a database of bikes and their owners. The aim was to easily identify the owner of a stolen bike. Or a badly parked bicycle that the technical services had taken to a ‘salvage’ parking lot. Later, he built an online marketplace around the database, where you can sell a bike at the click of a button. 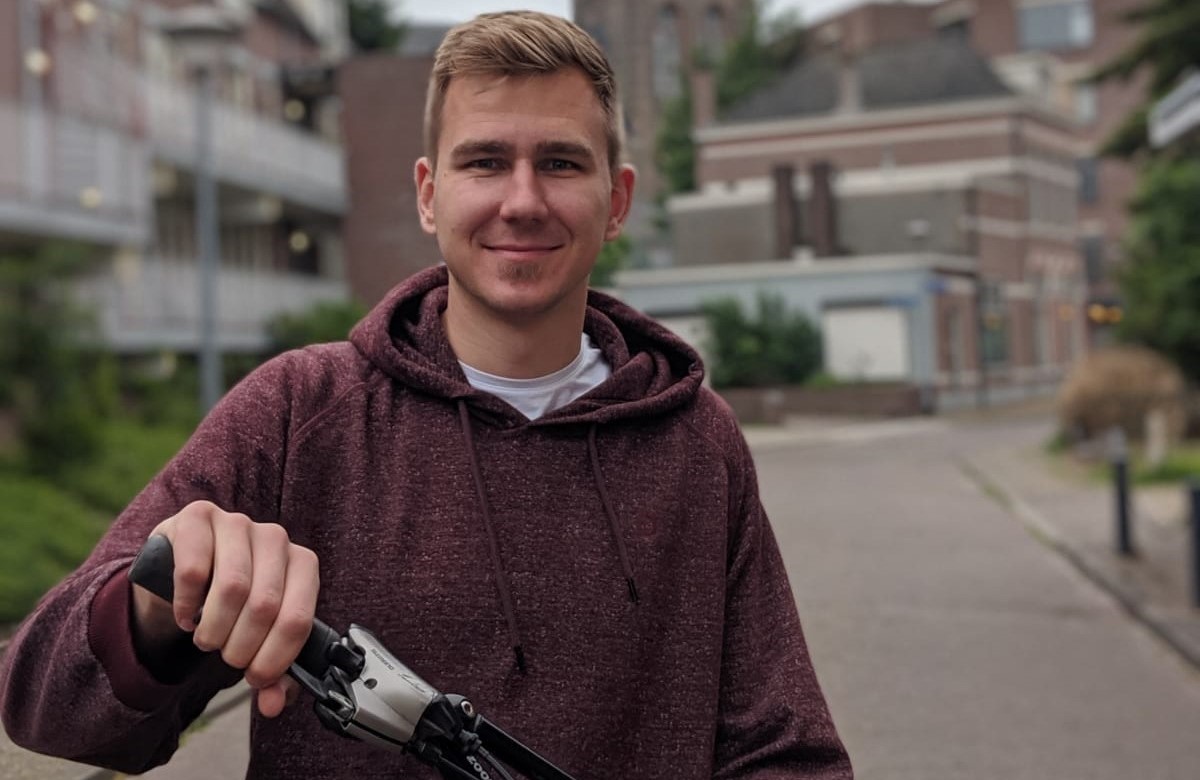 And just like that, the BikeFair service was created. Last spring it received half a million euros from angel investors for further development of the service, which included an angel fund from the DEPO Ventures group. “We are in a phase of intense growth. We are proving that there is an ongoing interest in BikeFair, which can be demonstrated by the fact that we are also starting to sell outside the Netherlands," says Pecník.

Some countries - such as Germany, Denmark, Belgium, or France – were already integrated into BikeFair’s market. So far, these are only single units, but Pecník sees potential in these countries. And among other things, he is also observing the Czech market. After all, half of the team, meaning the developers, are in Olomouc.

Bike riding is different in Czechia than in the Netherlands

"People in the Netherlands often ride rather wrecks than proper bikes, a lot of them creak, and some of them are almost falling apart. In Czechia, cyclists ride expensive and well-equipped bikes. They have professional equipment, helmets, jerseys, and their bikes often cost much more than their counterparts from the Netherlands. Mountain bikes predominate over road bikes, in Holland it's the opposite," says Pecník.

There are currently around four thousand bikes on offer. According to Pecník, demand always increases at the beginning of autumn, when students arrive looking for a bike. In the winter, there is much less interest in bikes. BikeFair doesn't just focus on used bikes, new bikes are also on offer.

"The vast majority of our offer is now made up of professionals, shops that sell new bikes or repair used ones. Over the last year, their offer has expanded," says Pecník. However, BikeFair is not only focusing on buying and selling bikes, but they are also gradually expanding other services, such as repairs or the sale of additional bike-related products. "Our goal is to create a bike-as-a-service platform that addresses the complex needs associated with finding, buying, and owning a bike," explains the Czech founder based in Amsterdam.

Blockchain verifies that a bike is not stolen

In addition, BikeFair is moving its database to the blockchain, which will also make it easier to prevent theft. "We don't want to sell any stolen bikes through BikeFair, we actually aim to reduce the illegal market. And blockchain enables transparency. We register all well-described bikes that are sold through BikeFair on the blockchain. At the same time, we also issue NFT certificates for them for free. In our system, the tokens are not used to resell expensive images, it is a document that the owner can use to prove ownership of the bike at any time," says Pecník.

BikeFair combines several verification methods. For example, a stamped code on the frame is used by most bike manufacturers, but unfortunately, there exists no standardized system for this. BikeFair also works with the global Bike Index database, uses its own stickers, verifies dealers, and actively works with the Dutch police.

Pecník says BikeFair has a chance to grow even further. In his opinion, conventional advertising portals such as the Facebook Marketplace, Bazoš, or Marktplaats in the Netherlands are not well suited for objects such as bikes, cars, or electronics. "A simple advert is usually not enough. The buyer wants to see exactly what condition the product is in. And the more demanding the item, the more complex the marketplace needs to be," he says. For cars, there are already a greater number of online marketplaces because their value is much higher and therefore there exists room for a higher margin. There are far fewer sites specializing in bikes, with city bikes selling for between €100 and €300, where the margin is not great. It is, therefore, necessary to be as efficient as possible, the system must be able to provide enough information, whether the customer is looking for a budget bike or a more expensive road, performance, or electric bike.

Unlike other specialized marketplaces that are now emerging, BikeFair does not try to create its own shop, hoard bikes, or repair them. "We use the network that already exists, in the Netherlands and elsewhere in the world. There are a lot of bike shops. But we are creating an extra layer, putting everything together so that customers can compare bikes from shops across the city, or ideally across the country. And so, they can have their bike delivered, checked, or repaired. Everything they need for it is included in the service," says Pecník.

Startups are not for everyone

Maybe that is why Pecník managed to get the marketplace up and running. "In the beginning, I found it strange that the marketplace didn't work. There were a lot of bike shops in the Netherlands, and a lot of bikes. The interest in this sector is not small. Then I found out that there were a lot of ideas, but the execution of these concepts was bad. And I think that goes for startups in general. People often overestimate the value of the idea, meaning, the initial idea. And they underestimate how much energy, time, skills, and resources it takes to actually turn that idea into reality. How difficult it is to turn their idea into a business," says Pecník.

He considers speed to be one of the most important things for startup founders. "You need to learn to react quickly to things that don't suit clients and be prepared to change your service. The startup world is not for everyone. Founders and their teams need to be able to react dynamically and jump between tasks. Things change on a day-to-day basis. One day I'm doing strategic work and the next day I'm answering clients' questions," Pecník sums up. He adds that he has always wanted to start his own business that would have a social impact. "I wish there was something else than just - ideally - a pile of money. And I think BikeFair can also have an impact on society. Bikes are the most efficient method of transport if you compare the distance traveled against the energy consumed. It's the future of urban mobility," Pecník concludes.